I’ve previously written about the busetas of Bogotá, the bad boy minibuses. Their aggressive tendency is like the killer high speed minibuses that have been coined flying coffins for sprinting through Hong Kong at 60 miles/hour. In Bogotá, fortunately, they can’t go at super speed (even though the drivers would certainly love to), because of the gridlocks. Instead, they go in a perpetual speed-brake cycle, driving as if they were dodgems.

According to a Colombian, ‘In Colombia, there is always a way to make things worse.’ Bystanders love flagging down minibuses without being sure if they are the right ones. Often they just put up their arms before they’re sure. So buseta drivers see from afar a potential passenger, does everything in his power to speed up by cutting into the outer lane to take over 2 cars (at this moment you ask yourself what’s the point). He then cuts back to the inner lane to pick up the passenger, only to find out that the passenger is not ‘real’. Within this one minute of taking over you’ll already have endured being thrown back and forth three times. Question. Why wouldn’t the driver just wait for another 30 seconds and go along the traffic like a normal person? But no, he has to over take and storm through at 40 miles/hour amid numerous hazards like capricious motorcyclists and jwalking pedestrians. That’s the speed you’d use on the highway! Imagine that you’re on a 3-lane road that is extremely chaotic, with other busetas all trying to do the same, overtaking constantly to cut travel time. Worse still, there are the human bus frequency controllers who stand in the middle of the road taking notes that look like a kind of stats on their writing boards.

So every single minute you are being tossed like crazy, like the lettuce that is being dried in the colander, like your clothes that are being spinned in the washing machine! Seriously if your neck area has weak muscles, don’t attempt this kind of public transport. As you try to hold tight to avoid breaking your neck in a bus that’s constant stopping and accelerating, you also get genuinely concerned that an accident will happen at any time.

Many Bogotanos despise busetas and would never ride on them to avoid perpetuating their despicable road etiquette and pollution. But unfortunately many people still have to rely heavily on them due to the lack of alternatives since Transmilenio has a rather inadequate network across the city. In fact, I’ve become such a frequent customer that I’ve learnt that these vehicles propel the city and I’m grateful for all the legwork they’ve saved me from. 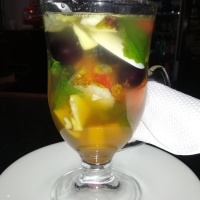