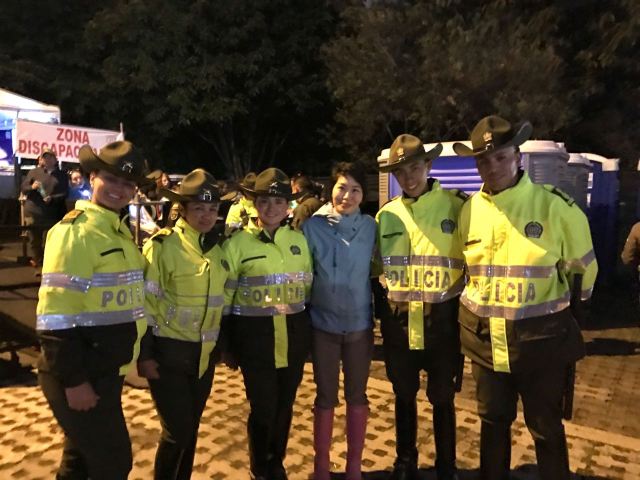 This is indeed the million-dollar question! Many people I know from abroad have asked me this very question when they learn about where I live nowadays. I can’t blame them, since Colombia has been most famous for its high quality cocaine, violence, and, at most, coffee. Nowadays, maybe football.

To be honest, I wanna say I AM FED UP WITH PEOPLE SAYING ‘there’s the security concern’. Security concern MY ASS. I’m just fu*king tired of having to explain all the time that Colombia is safe. I might have written about getting mugged (which never happened anymore coz I don’t walk around after 8pm). True, you have petty crimes on public transport like Transmilenio. Well, after talking to friends from Brazil and Venezuela, Colombia actually turned out to be much safer, although it still clearly has to work a lot harder than the neighbouring countries like Peru to attract tourists.

Let me give you the bottom-line now. If you go to your governments’ travel advice page, it looks scary because they ask you to exercise caution and they only tell you where you shouldn’t go. So it’s confusing because it seems you can’t go anywhere. They don’t explain in detail that the tourist destinations are safe. When they say, ‘Don’t go to X, Y, and Z, except A, B, & C’, they don’t tell you that A B & C are actually the only places you will wanna go. It’s not a travel guide so obviously they won’t be bothered to go into the details.

On the Canadian site, ‘Although there have been significant improvements to Colombia’s security situation, crime remains a problem throughout the country. Street crime, including pickpocketing, bag-snatching, assault and robbery, is common, particularly in larger cities such as Bogotá.’ Well, how is this any different from Madrid, Barcelona, Rome and Paris, where I’ve witnessed and been a victim of these petty crimes?

I do agree with the following, which are the same advice I’d give my visitors. The bit about carrying a copy of your passport is true e.g. if you need to exchange money. The amount of red tape here requires it: ‘Remain vigilant, be aware of your surroundings at all times and avoid travelling alone after dark. Dress down, avoid wearing jewellery or watches and keep cell phones, cameras and other electronic equipment out of sight. Do not carry large amounts of cash and refrain from using your cell phone on the street. Use automated banking machines (ABMs) inside banks, shopping malls and other public locations during business hours only. Whenever possible, leave your passport and other travel documents locked in your hotel safe, but always have a photocopy on you, as local authorities often conduct identity verifications. If taking an overnight bus, keep your belongings close to you, not on the floor (or in upper compartment), as they could be taken away while you sleep. When travelling by car, place all belongings under your seat and keep your doors locked and windows closed at all times. Carry a cellular telephone and park your car in a guarded parking lot when in the city.’ It also depends on how you move around. The important thing is to call taxis using cab-hailing apps like Tappsi or Uber.

Recently I got a potential client who’s planning to go to Peru. It’s a really convincing case for her to come visit because she’ll be travelling from Toronto and there aren’t many direct flights to Lima (perhaps only 1). On the other hand, Avianca has a really strong network in Colombia and Latin America so it’s a great excuse to transit in Bogota and see it on the way.

Of course, she uttered the customary objection, ‘there’s the safety issue’. I went, ‘I’ve been travelling around for 5 years. All the tourist destinations are safe.’ She waved me off, ‘the Canadian government is still warning against travelling to some areas in Colombia.’ (some areas = not areas you’ll go anyway..)

And recently my dad helped me write about Colombia for the HK media. He said, ‘The US embassy says nothing good about Colombia.’ I went to take a look, and it’s true! It’s rubbish and nondiscriminatory.

Then I went to the UK travel advice site and found out that actually all tourist destinations are safe to travel to, in green zones! Although it may be confusing because the website only offers advice against travelling to certain areas in Colombia, which are of no interest to tourists anyway! 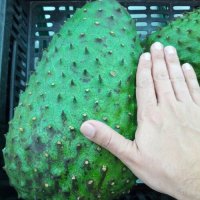